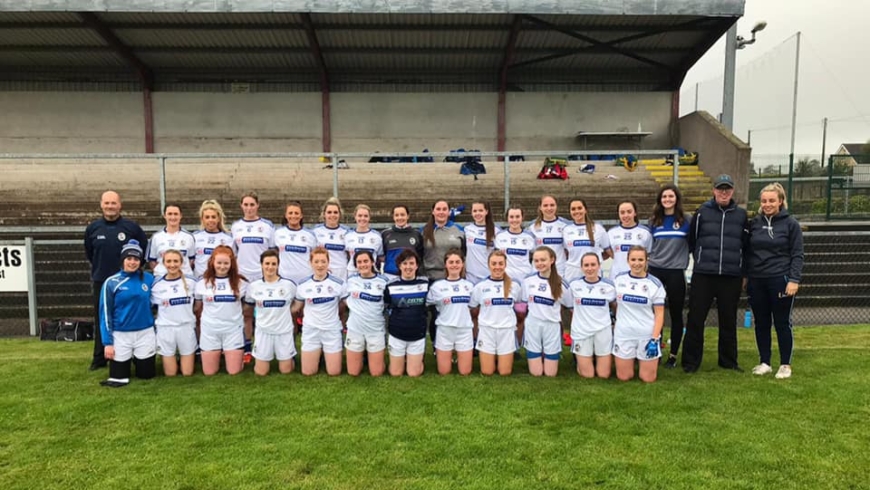 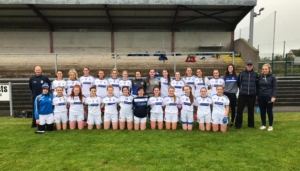 After several months with no Gaelic games happening around Ireland due to Covid 19 we were delighted last weekend to see the restart of many GAA games.  What an opening weekend it was for the Pearses with our Senior Men, Reserve Men and Senior Ladies all winning their matches.  However our under 14 boys and minor ladies were unfortunate not to secure a win.

Senior Men
Our senior men travelled down to our parish neighbours Donaghmore for their first league game of 2020 in Division One.  With the setup of match days a little different from what they used to be, no changing rooms, no big crowds in attendance and the new water breaks introduced.
Our senior game got underway, it was a great game with two very different halves.  Donaghmore led 0-7 to 0-2 at half time but our senior men put on a great second half performance.  Some great scores and strong defending from Galbally.  The boys were playing great football as Donaghmore failed to score in the second half.  Two penalties were awarded after Sean Murphy and Conor Donaghy were both fouled going through on goal.  Liam Rafferty scored both penalties.  A great performance by the whole team sealed an eight point win.
Final Score Donaghmore 0-7 Galbally 2-9

Reserve Men
Our Reserve men were kitted out in their brand new jerseys, proudly sponsored by Palfinger.  They also had a great game, they were leading by two points at half time 0-5 to 0-3.  Half way through the second half Paddy Quinn and Peadar Kane both found the net for the Pearses making it a great result for the reserves with the final score, Donaghmore 0-5 Galbally 2-9.

Well done to our Senior/ Reserve men and the Management team on their two great wins, in their first game in Division one.

This weekend Dromore will be travelling to Paírc an Pharsaigh, for our first home game. Reserve Game 2:15pm Senior Game 3:45pm.

Senior Ladies
Galbally 3-11 Coalisland 5-3
A brilliant 2nd half performance seen the Galbally ladies take the points on their first game back at Pearse Park on Friday evening.  After a nervous start the Galbally girls found themselves 3-1 to 0-1 behind with 15 mins on the clock.  A goal by Ciara Kelly on 25mins for Galbally followed by another 3 points, a couple from Claire McKeown and Maeve McGlinchey left the score Galbally 1-4 Coalisland 4-1.  A strong start to the 2nd half from Galbally with more points from McKeown and McGlinchey gave the Galbally girls a bit of momentum with 10 mins of the 2nd half gone.  Coalisland again threatened the Galbally goal but once again Laura Kane and her defence held strong on more than one occasion within the first 20 mins of the 2nd half gone.  A great Galbally move ended with Adrianna McNamee palming in a back post goal which made the game Galbally 2-9 Coalisland 4-3 with 5 mins left of the game.  On 26 mins another brace of points by McKeown and McGlinchey brought the Galbally girls 1 up with 4mins to go.  Coalisland hit a late goal on 28 mins which looked likely to win the game for Coalisland.  Once again the Galbally girls mustered one last attack which seen the ball drop to Claire McKeown who blasted the ball into the net on the stroke of 30 mins on the clock to win the game for the Galbally girls on a score line of 3-11 to 5-3.
Well done to all the girls and management on a great win over Coalisland.
This Friday night the girls are away to the Rock, throw in time 7:30pm. Good luck girls.

Minor Girls
Our Minor girls were away to Aghaloo on Monday night, unfortunately they were beat by a strong Aghaloo side.  Half time score Aghaloo 2-6 Galbally 0-2.  Final Score Aghaloo 3-12 Galbally 1-2.   Hard luck to the girls and management.  Next Monday 27th our minor girls are at home to Pomeroy at 7pm.

Under 14 Boys
On Saturday morning our Under 14 boys were at home to Donaghmore, unfortunately they were beat 5-12 to 2-4.  However our boys played some great football at times, but it just wasn’t our day. Hard luck to boys and management.  Our Under14 boys will be away to Dungannon on Saturday 25th, throw in 11am.  Good luck boys.

Minor Boys
Our minor boys restart their season this Thursday 23rd when they travel to Clonoe.  Throw in 7pm. Good luck to all the boys and management.

Under 16 Boys
Kildress travel up to Pearse Park on Tuesday as the U16’s begin their league campaign, throw in 7pm. Good luck to the under 16 boys and management.

Can we ask that all parents/guardians stay for the duration of the youth matches, while still maintaining social distancing.

Every club member must give due consideration to all relevant published guidelines.

Club Shop Online
Remember to check out our online club shop for all your Galbally Pearses gear.  www.galballygac.com/shop

Thoughts & Prayers
Galbally Pearses would like to extend our deepest sympathies to the families of Rose Murphy, Rose Quinn, Molly Gates, Gerry Small, Dominic Small and Annie Fox on the death of their loved ones.  May the Rest In Peace.  Mary Queen of the Gael Pray for them.