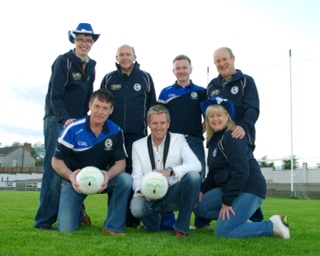 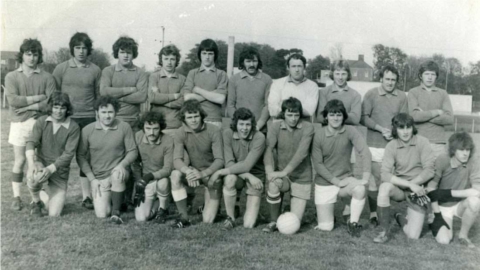 Piarsaigh an Ghallbhaile deeply regret the death of Mickey, our dear friend and esteemed Uachtarán and extend our deepest sympathy to his wife Mary, his sister Kathleen and her family, to the McCaughey and McGoldrick families and to his wide circle of friends. It is in the family home in Killymacardle where Mickey’s loss will of course be most keenly felt, but all of us in his GAA family will also be much the poorer for his passing. In time we will duly record his outstanding service to Piarsaigh an Gallbhaile and honour it accordingly. Over these difficult days we will offer whatever practical help we can around the wake and funeral, continuing the rich tradition and example set by local Gaels like Mickey who have gone before us.

Páirc an Phiarsaigh was in many ways Mickey’s second home. For many years he was the trusted custodian minding the net and was of course Uimhir Amháin on The 1963 Team which reached the Tyrone Senior Final; a magnificent achievement for Piarsaigh an Ghallbhaile given the strength of competition at that time. Throughout the rest of his playing career Mickey gave loyal service and tremendous example to all his teammates, particularly during the 1970’s which saw many difficult days on and off the field in an Ghallbhaile.

Perhaps the greatest example Mickey set for all of us came after his playing days had come to an end serving on the Committee in a number of roles, including as an Chathaoirleach on a number of occasions, and as club referee for many years. Evening after evening Mickey could be found cutting the grass and tidying up around his beloved Pairc an Phiarsaigh, no job was ever too big or too small for him. We share the pride he took as Piarsaigh an Ghallbhaile developed grounds which are among the best club facilities in Ireland.

We are glad that he lived to see Tír Eoghain win three All-Irelands, to have helped us host Scór at County and Provincial level, to have seen one of our referees on the biggest stage in Páirc an Chrócaigh and to have looked on as our players at every age group featured on successful school, college, university and county teams. In your memory Mickey, and in memory of all our deceased Gaels, Piarsaigh an Ghallbhaile will continue to be loyal to the ideals of Cumann Lúthchleas Gael and will one day deliver Corn Ui Neill go Páirc an Phiarsaigh. Farewell Dear Friend and Rest in Peace. Slán Leat ar gCara Mór agus Chuid Eile i Síochán.